Jeff Martineau delivers over 20 years of Industry experience. First, working at PPG Industries in distribution and through his current role as a Manufacturer's Representative in the Northeast and Mid-Atlantic.  Jeff is the face of familiar brands like Dupont Transportation and Industrial(Formerly Dow), Precision Moldings, and Meritool. With his bent to stretch and grow, he gets the unique opportunity to help auto glass shops elevate their businesses. It's not just about surviving, but thriving and finding significance in the work we all do.

"My role with Dupont has allowed me to cultivate relationships with many of the smartest, most innovative, and successful professionals in our Industry.  I'm extremely fortunate to be allowed to share their expertise on the pages of Auto Glass Insider." - Jeff Martineau

His father, the founder of the well-known architectural glass business Viracon, inspired Jeff to get involved in the industry and eventually launch his own company. Jeff had great admiration for his father and his company's leadership, and they influenced Jeff's way of doing things by modeling  positive relationship building, expertise development, and industry knowledge.  Because they excelled at a high level, their customers and vendors allowed them to operate autonomously, and it became a fantastic place to work, attracting the best talent.
Jeff is passionate and serious about growing companies. This includes both his client's businesses and Clarity Sales Associates. He's fascinated by sales science research and methodologies and is always seeking new and better ways to add value for his clients and vendors. As a result of his success, he has the margin to experiment and try to new ways of approaching and growing the business.

Born and raised in Minnesota, he also went to college locally where he  traveled abroad to Japan. While he initially thought he would work internationally, it turned out he'd live and work in the areas he thought were exotic as a kid. Boston, New York, and Washington D.C. While it's tougher to succeed, he takes great pride in succeeding in these big markets. If he could make it there, he could make it anywhere. His desire to play big kept Jeff in the northeast while his family was elsewhere.

Jeff lives with his wife Nicole, of 15 years, and his two children Andrew, 9, and Leah, 10. He and his wife are both from Owatonna Minnesota and met each other at the local ice rink. While they knew each other their entire life, it wasn't until they both moved away from that they dated and married. Funny enough, Jeff's wife also works in the glass industry selling architectural glass for Viracon, the company his father founded. As you can imagine, dinner table talk revolves around the GLASS TABLE as his wife wears the role of his informal advisor and shoulder to cry on.

While Jeff initially desired to travel the world, his children were a catalyst for his newfound desire to instead engage in their lives. With a passion for sports and emotion for his home in Minnesota, Jeff easily took up the role of assistant coach for his kid's Connecticut Junior Huskies hockey team. When they're not traveling for games, Jeff, and his kids are skating in their backyard ice rink where neighbors from all over come enjoy fun on blades.

Jeff is regularly reading strategy and leadership books and articles from business and sports leaders such as David Epstein, Daniel Pink, Michael Porter, Jack Welch and John Wooden. Both business and sports coaches have had a significant and positive impact on the trajectory of Jeff's life and he values their perspective and wisdom. Not a traditional charismatic sales guy, Jeff has come to realize how the important integrity and a willingness to fail has shaped him into the leader, husband, and father he is today. Through his perseverance, he's sustained a successful career in the auto glass industry.

When Jeff is not working, he's hunting and fishing. He loves to take time out for pheasant hunting and surf casting for striped bass or bluefish on the ocean near Hartford CT. He's currently experimenting with ocean fly fishing. Jeff also enjoys snow skiing, sporting events, snowmobiling, and his annual vacation to Nantucket. 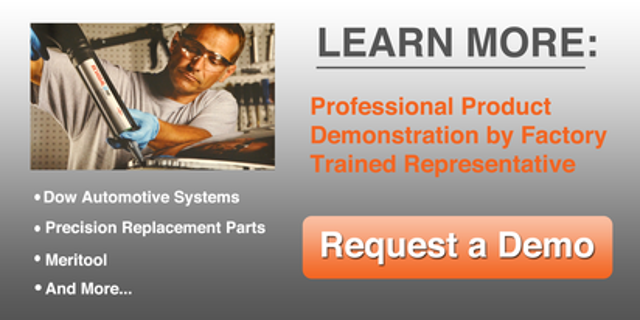 The idea for a Blog dedicated to helping Auto Glass Professionals grew from the belief there is a lot of great information available today but not much time to digest it.  Busy installation and distribution professionals like you, are often unavailable the second I show up at your shop or warehouse.  Why not give you another outlet for content that can be consumed when YOU want?

The Auto Glass Insider Blog delivers value on your schedule through Auto Glass-Product Information, Research, and Industry news. Stuff you need to be successful.

But the key is - We give it to you when YOU want it.

Jeff Martineau delivers over 20 years of Industry experience. First, working at PPG Industries in distribution and through his current role as a Manufacturer's Representative in the Northeast and Mid-Atlantic... Read More